I’ll never forget the day I was sitting in the airport lounge in Atlanta in 2008, on my way to Russia to climb the highest mountain in Europe, when I looked up at the monitor and read the headline “War erupts between Russia and Georgia”. I could hardly believe what I was seeing on television.

My flight was set to depart to Russia in less than 45 mins!  In that moment,  I was ‘pinged’ by my climbing partner Omar, an Egyptian friend, who wrote,  “A bit of alarming news. War erupted and we’re unsure if we’ll be able to climb. See you in Moscow”. “See you in Moscow? That’s it? We’re climbing in an area next to the war zone and all I get is see you in Moscow?”  I was new to climbing and I had never been to Russia before. I had yet to meet my team and I was there not only to climb, but to shoot the entire experience in HD video. It was thrilling and terrifying at the same time as I really had no idea what was going to happen. Would we be permitted to climb? Would the country be off limits? Would we be sent home upon arrival? We had a lot at stake, including our lives! Here is a glimpse of what happened on day 1.

So let’s talk a bit about Mt. Elbrus. Famed and sought after by climbers all across the globe as it’s credited as being the highest mountain in Europe.  Elbrus has two summits, the west (and higher summit) towers 5642m and the east summit (just slightly lower) stands 5621m. In mountaineering circles it’s often climbed by those seeking to complete the challenge of the 7 summits – the highest mountain on every continent. I sometimes refer to Elbrus as the Kilimanjaro of Europe. Like Kili, it’s the highest mountain on the continent, it’s accessible, it’s quite affordable when you compare it to other notorious peaks such as Everest and it’s easy enough that just about anyone who is fit and who has basic mountaineering skills can reach the summit. What makes Elbrus dangerous is that some amateur adventure seeking enthusiasts make the mistake of underestimating the mountains and die on her flanks. In 2003, various unofficial sources claim that there were 48 deaths in the surrounding area. The biggest threat to any climber is the weather which I ultimately experienced first hand by the end of my first expedition in 2008.

So why am I climbing Elbrus again? It’s simple. I was hired to document an all Arab expedition. I’m acting as the sole filmmaker, my classic ‘one man show’, whose responsibility is to capture and document the climb, using a wide array of Canon DSLR’s and accessories, from the base to the summit of the mountain. The climb is in support of a Middle Eastern charity.

Given my mountaineering history (a few Everest expeditions, 5 of the seven summits, Cho Oyu etc.) Elbrus should be a piece of cake right? It’s lower than Kilimanjaro and there is a chairlift that takes you up to 3000m! In fact, you can even buy shish kabobs at the top of the chairlift if you’re hungry! Did I mention Elbrus was a ski resort? Yup, that’s right. You, your friends, your family and even grandma can ride the chairlift and get within striking distance of the summit without even exerting yourself. Providing of course you’re familiar with getting off chairlifts! All joking aside, 3000m and above is where the climbing begins. In my case, climbing is the easy part. Dealing with all of my technology, in a high altitude and uncontrolled environment, with a group of people that likely aren’t willing to wait for me to ‘get the shot’ is what makes my task of reaching the top 3 times a hard as everyone else’s.

Note the shish kabobs station in the image above.

Imagine this: Every time you decide to roll camera, you’re expending energy that you need for your summit climb. When you do decide to roll, you need to be conscious of how much time/energy it will require to catch up to the group. This is exhausting at altitude. If you manage to catch up to the group, you’re likely out of breath and unable to stabilize the camera due to your breathing. If you’re ambitious and want to get ahead of the group to create a shot of the entire group coming towards you, you need to manage that energy as well. You’re carrying your heavy camera gear in addition to all of the gear that everyone else is carrying such as water, warm clothes, extra gloves, food etc. You’re wearing crampons (spikes on the bottom of your boots) and you risk tripping and falling down the mountain while destroying your equipment. In addition, you worry about storytelling, audio, interviews and the grandest of challenges, backing up all of your footage and recharging all of your batteries in the cold while everyone is sleeping peacefully after their arduous day. The lack of rest and exhaustion you experience hinders your body’s ability to properly acclimatize and lessons your chances of A) remaining healthy and strong  and B) summiting the mountain. The beautiful part of the deal (sarcasm) is that the more you worry about all the things that can go wrong the greater the toll the altitude takes on you which minimizes your chances of succeeding. They say the worst thing to do is run around with a camera at altitude! That’s exactly what I’m there to do. Am I worried? Always.

So how do I deal with all of this? I follow some simple rules that can be applied to any climb. Whether you’re climbing Kilimanjaro, Elbrus or Mt. Everest. Here is what I plan on doing to A) stay healthy B) ensure I summit with the team (Inshallah as they say) C) deliver outstanding footage to my client.

#1) Manage your  stress – No matter what happens, it’s one step at a time and one day at a time. I will not worry about anything.  That is the code. EVER. I’ll be conscious of all things occuring around me and within my own body, but I will not allow my mind to create unnecessary stress. If you remain stress free, you’re half way there. I’ve seen too many people psych themselves out and as a result the body responds by shutting down.

#2) Manage the basics. Sleep. Food. Water. This is the simple science of mountaineering. It sounds like grade 1 advice, but you’d be amazed to know how many people mess this up. Altitude can surpress your appetite. We see this all the time. Eat. Mind over matter. If you’re not hungry, eat anyway! You are in control. Your body is burring calories at an exhorborent rate. Feed it and you’re chances of success will be maximized. Drink 4-5 litres of water a day and try to sleep eight hours. In my case, this will be a challenge, but it will be the key to staying healthy so I can shoot the entire climb, from base to summit.

#3) Check your ego at the door. That means having the humility to know when your body is sending you warning signs. AMS – otherwise known as acute mountain sickness can affect anyone at anytime. AMS, if left untreated can lead to very serious cases of  pulmonary and cerebral edema, an abnormal buildup of fluid in the lungs and the brain. The side effects could be as severe as death. The Canadian climber who died this past spring on Mt. Everest suffered from edema. If you have a headache, it’s the first sign. Nausia, insomnia, irritability, lack of appetite etc. are all warning signs that you’re pushing your body too hard or that you’re not acclimating optimally. In my case, If I need to rest and slow down, I will. For the sake of the team and more importantly the video footage I am there to capture.

#4) Monitor your oxygen saturation. This is the amount of oxygen saturation in the blood. I’ll be carrying a pulse/oxymetre with me. This will contribute (as I don’t rely on these devices as the sole indicator of low saturation) to the overall picture of my health.

#5) Smile. Laugh. Breathe end live the experience in the moment. Nothing is quite like being above the clouds, close to the heavens, ever-present and living an adventure!

So how do you know if Elbrus is for you? Well, if you’ve done Kilmanjaro and you’re looking for the next mountain challenge, Elbrus could be for you. You’ll need some basic mountaineering skills to pull it off, a strong team, a logistics or expeditions company like my friends at Adventure Alternative and warrior spirit!  It’s slightly lower in altitude compared to Kilimanjaro, but you’re climbing on snow and mixed terrain which is a different ballgame entirely. Your fitness level should be high in order to maximize your experience. The last thing you ever want to do is climb above the clouds and be staring at your feet the entire time!

So am I worried? I’m incredibly mindful. Will I worry? Absolutely not! I’m there to create and do what I love. I don’t think there’s anything stressful about that!  😉

7 years ago, I took a huge risk to pursue a career as an adventure filmmaker. I shut down my  successful small corporate video production business and gave it all up to chase my dream of becoming an adventure filmmaker. Moments like these remind me that those risks were all worth taking. You can never go wrong by doing what you love and following your passion.

Wondering what happened with the war and my first climb in 2008? I ended up reaching the summit on one of the most miserable days in August Elbrus history. I stood on the summit with my close friend Omar Samra, against all odds, with zero visibility and shared an unforgettable adventure together that remains to this day, one of the most beautiful experiences of my life. I can only hope to be so fortunate this time round. If I’m truly fortunate, I may even be gifted with a clear  and unobstructed view from the rooftop of Europe.

Reach for the skies in all that you do everyone! It’s an incredible way to live.

If you’re interested in following my progress I’ll be posting my GPS positions on my twitter feed.

Elia Saikaly
I’m drawn to the natural beauty of our planet and the stories of the beautiful people who inhabit it. My mission is to inspire others to live their fullest and most meaningful life. Join me on my adventures and be inspired to live your own.
Previous Post
Uncertainty is your friend
Next Post
How I became an adventure filmmaker 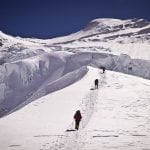 A final challenge – Ask yourself these 3 questions 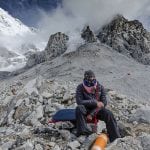 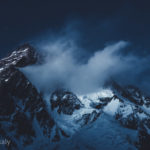 Atanas Skatov – What happened on K2? 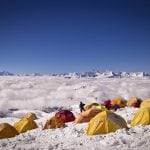 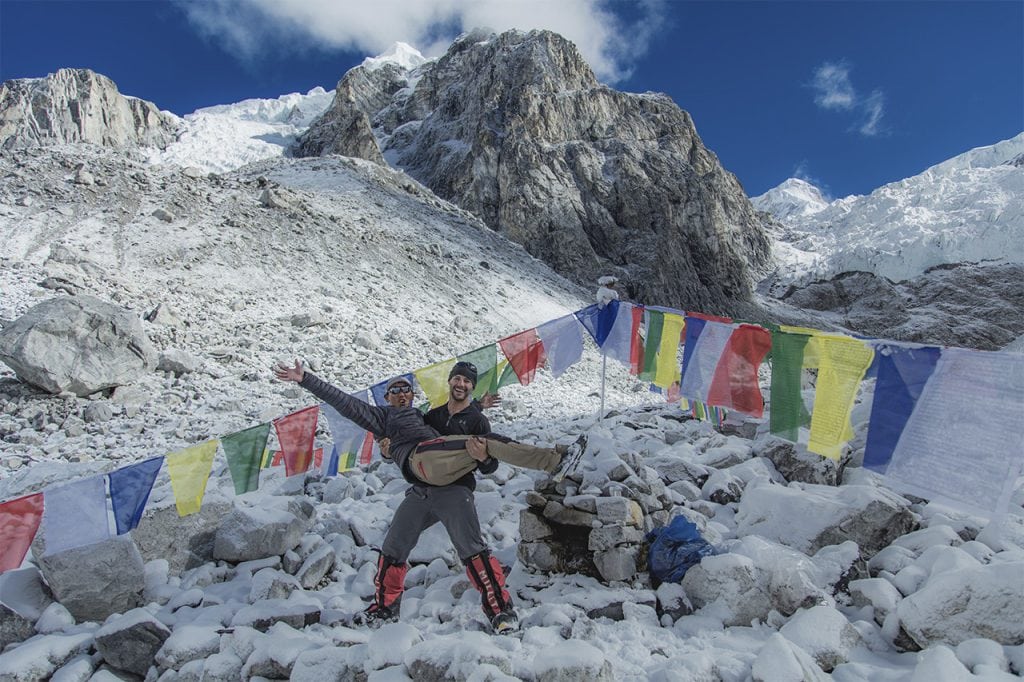 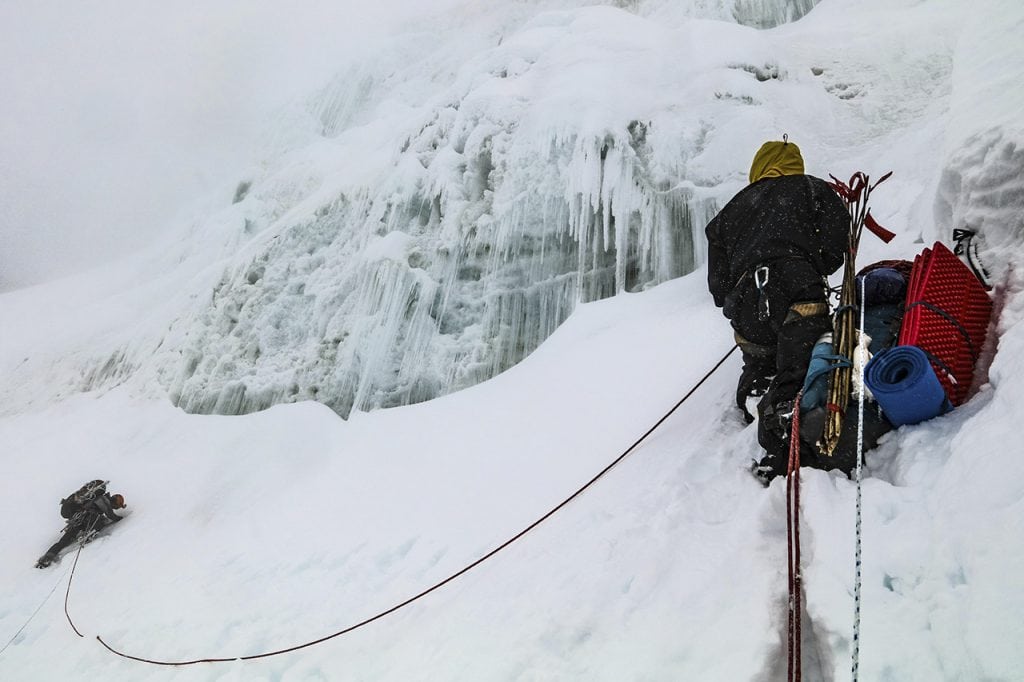 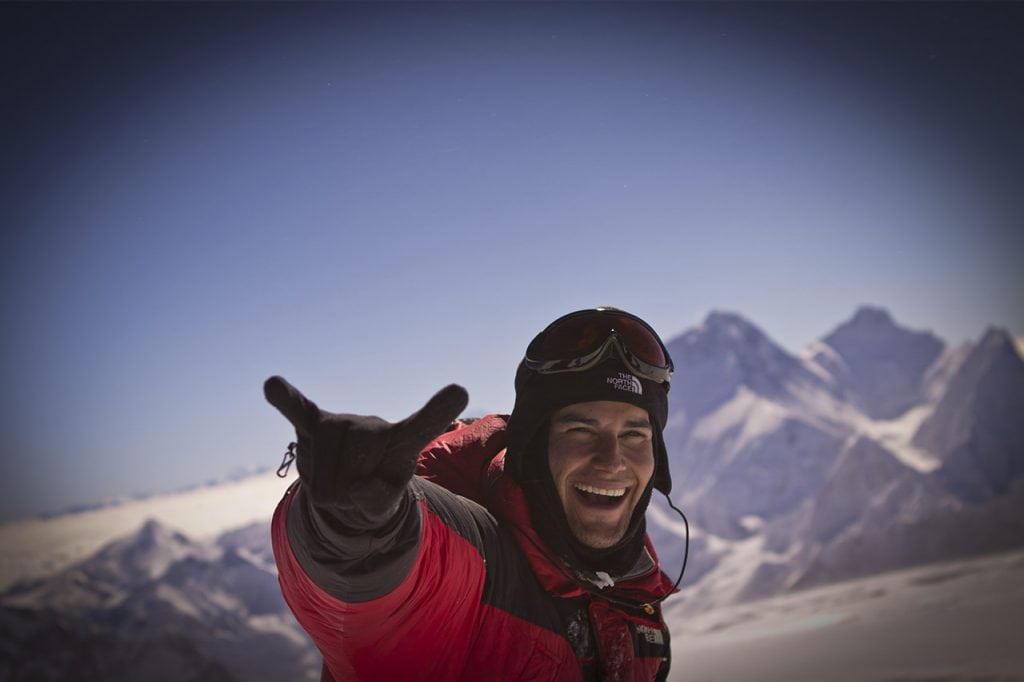